The Test of Time

Is there truth in time travel stories? Stefan Vandoren, professor in theoretical physics at the University Utrecht, explains that we travel through time all the time.
Leestijd 3 minuten — Ma 10 oktober 2016
Breaking Beta

Travelling to the future

According to Vandoren “we time travel all the time”, simply because we are always travelling to the future: whatever we do, time will keep passing, at a normal speed of one second per second. Einstein, however, discovered that the speed with which we (a body, an object, a particle, etc.) travel through time doesn't always have to be similar: two clocks can tick at a different speed, relative to each other.His theory of relativity explains how motion through space actually alters the flow of time. For an object moving through space, time is measured differently than an unmoving object.

Let's take two identical clocks to illustrate his theory. If we launch one of these clocks into space to move around the Earth and it returns after a while, it will indicate a different time than the one left behind. The one that stayed on earth is ahead of the one that went into orbit, which means that when we move faster, time relatively passes slower. In other words, moving keeps you younger!

It is this peculiar phenomenon that makes time travel theoretically feasible. If we were to send a group of people into space, Vandoren notes, they will come back younger than the people left behind. (To create this effect, however, one would have to travel at an awfully high speed.) It is important to keep in mind that this is all relative. The returning group will think that they have aged 'normally' – it just seems like the people who stayed on earth have aged much faster, and vice versa.

Travelling to the past

What about travelling to the past? Vandoren doesn't believe that you can travel back in time, because that would create a logical paradox: What if you travel back in time and kill your parents? It would make it impossible for you to ever be born. The only thing is, scientists have not yet been able to find proof that it is actually impossible according to the laws of physics. 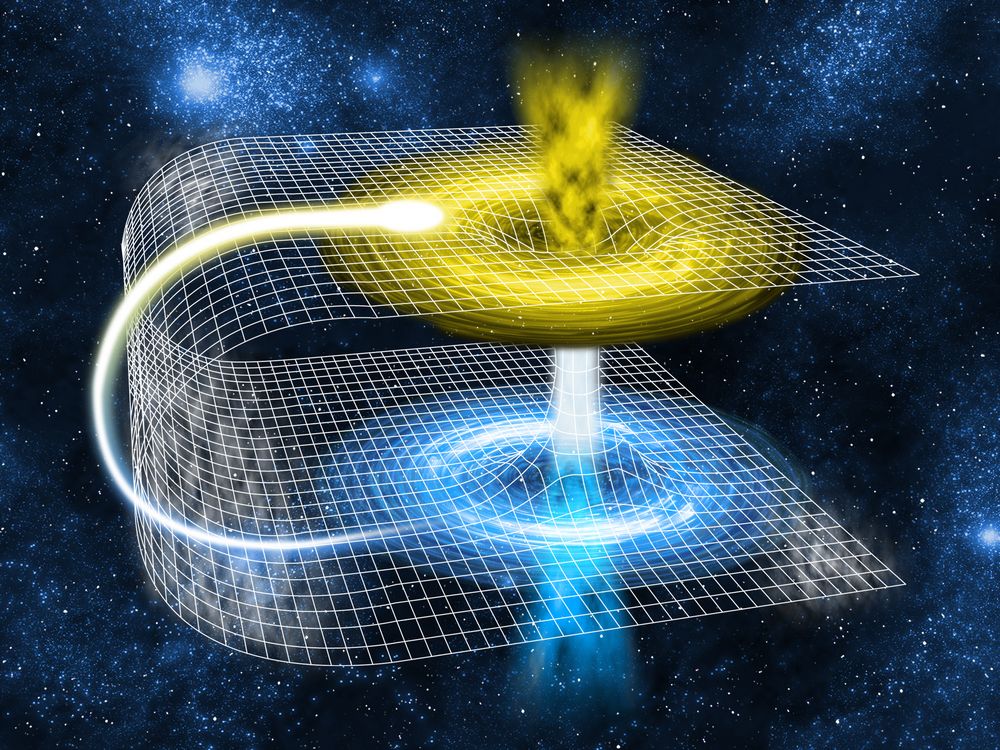 But what if we could use wormholes, 'a hypothetical topological feature that would fundamentally be a shortcut connecting two separate points in spacetime'? To be clear, no wormhole has ever been found. But if they exist, wormholes provide the possibility to go from one place in the universe to another in a split second, enabling you to travel 'faster' than the speed of light. If you do that, your clock would tick backwards and you would be moving back in time.

Again, scientists believe that it is logically inconsistent to travel to the past. To really prove that it is impossible according to the laws of physics, though, Vandoren thinks we need to combine the theory of relativity with theories of gravity and Quantum Mechanics. Quantum scientists believe wormholes may be out there, but do not think it is possible to actually travel through them without becoming squashed like a bug.

In the next lecture of the series Breaking Bèta, Dr. Corette Wieringa (Cell Biology) will explain how our brains can store experience after experience without going insane. 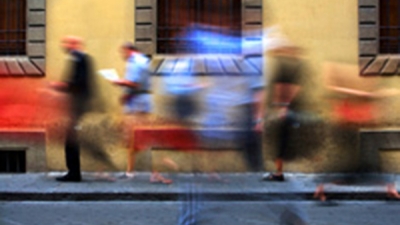 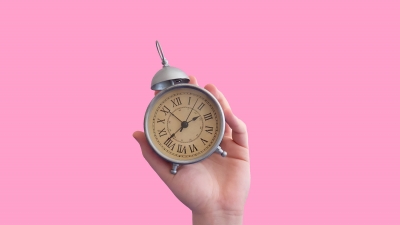 Alles wat we zeggen over tijd is 'Tijd in taal' 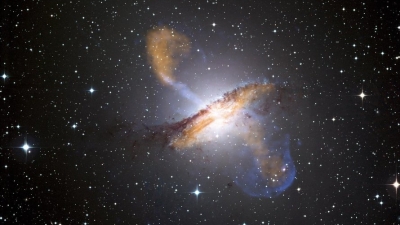 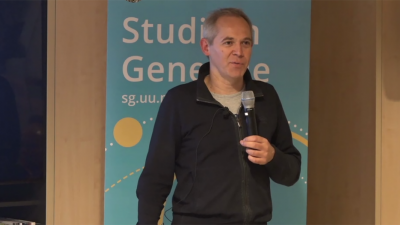