Murder and extreme violence are nothing out of the ordinary in Michoacan, Mexico. The culprits are narco and trafficking gangs. Is violence the only way to stop them?
Leestijd 4 minuten — Di 4 oktober 2016

The members of the Mexican drugcartels are ruthless: babies, children and women are shot. Men are beheaded. The people are done with it. They take up arms and start fighting for freedom, but is it really for the better?

Filmmaker Matthew Heinemann shows this struggle against violence in his acclaimed documentary Cartel Land. The protagonist is Manuel Mireles, a medical doctor, who takes up arms against the cartel, and soon sees many people from the villages in Michoacan follow his example. A paramilitary group is born, guarding the safety of the innocent people. They deliver speeches on town squares about fighting lawlessness and protecting families, drive through the streets with guns pointing out of the window and wear white t-shirts with their name on it: “Grupo de Autodefensa.” The self defense group.

Starting in Tepalcatepec, then taking 28 other municipalities, the Autodefensas expel the cartel-affiliated criminals and free the local people from the violence the narco's inflict upon them. Mireles and his people hand out weapons to the locals telling them that they are in control from now on. The Autodefensa's are welcomed with cheers. 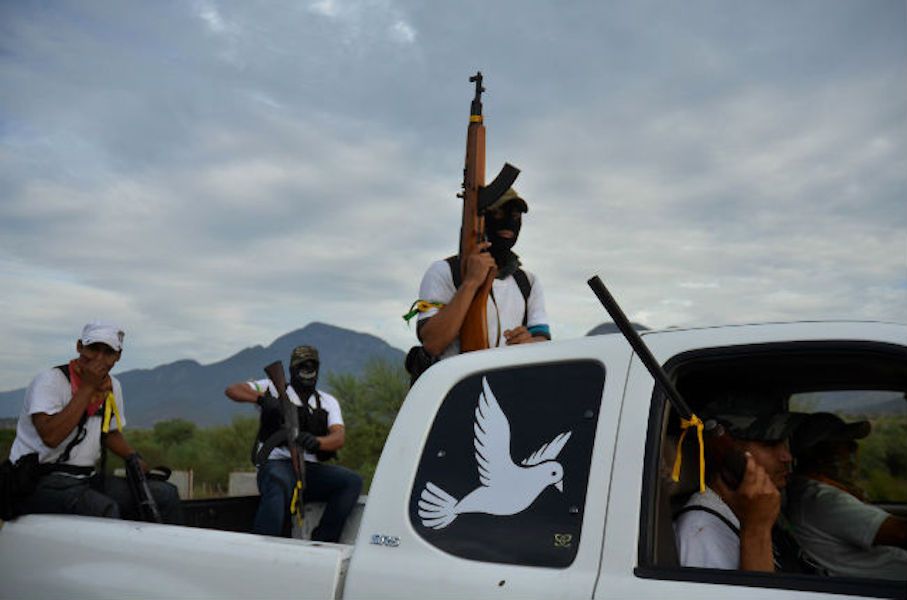 The roles are reversed

Mireles' group puts up check points: anyone with a Cartel tattoo gets 'arrested' and questioned. And this doesn't happen in a gentle way. While the Autodefensa's take revenge for the brutal harm that's been done to them, their actions become more and more morally dubious. They start abusing their power and raiding houses, taking money, clothes and anything else they can find, even though they pledged not to do so when becoming a member of the Autodefensa's.

Anyone with a Cartel tattoo gets 'arrested' and questioned. And this doesn't happen in a gentle way

Slowly the local people start distrusting the self-defense group. They see that violence is still around, now taking the form of a small civil war between the Autodefensa's and the cartel in the streets of towns like Tepalcatepec. The reality that violence is an inevitable part in their lives becomes clear to the villagers. That's not what they want. They want safety. And they don't care whether it's the Autodefensa's, one of the cartels or the army who will ensure them of it.

Dr. Mireles adressess the people of a village in Michoacan.

Dr. Martijn Oosterbaan, a cultural anthropologist at the UU, comments on the turning point in the film. The state is the legal sovereign power, and normally, the state also is the legitimate power. But power can be legitimate, even though it's not legal. That's the case with the Autodefensa's. But how do they create this legitimacy?

As an anthropologist Oosterbaan has an eye for the symbols and rituals Mireles and his gang employ. The white shirts, the pledge every member takes, the patrolling of the streets, openly carrying weapons – these things help create legitimacy. If you want to be acknowledged as an authority, make sure you look like one.

In the beginning, this works well for the Autodefensa's. The local people accept them enforcing (some sort of) law and restoring order. The legal authority, the government, lost there legitimacy because they couldn't keep them safe. As soon as the Autodefensa's start abusing their power their legitimacy is gone as well. The symbols and rituals no longer suffice to be accepted as law enforcers. And that's an important lesson: the state may decide who's a legal defender of the law, the people still decide who's the legitimate one.

Towards the end of the documentary, the Autodefensa's become what they were initially fighting against: a criminal, violent gang. The government still decides to give them the opportunity to become a special department of the Mexican police, thereby making them legal. 'If you can't beat them, join them' seems to be the philosophy at work. Oosterbaan calls this a 'hybrid order', an order where the boundaries between state institutions and grassroots movements are hard to determine. In the last shot we see official Autodefensa members cooking meth, showing how crime has actually become a state practice. Sadly, for the innocent families of Michoacan, the circle of violence isn't broken. This documentary shows us there is no black and white, good or evil, and there are certainly no easy solutions to problems on the US - Mexican border. 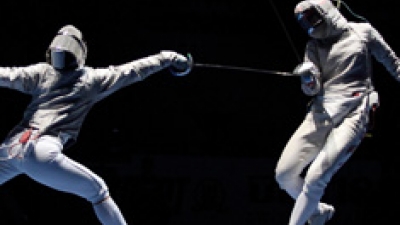