The moving documentary Twin Sisters provides food for thought: how do you form an identity and to what extent do your environment and your DNA affect this? It was the beginning of the triptych 'Movies: Science & Society', movie nights in 't Hoogt during which scientists have conversations with the audience about identity. Dr. Marco Boks, a psychiatrist at the UMC Utrecht, explains how twins provide scientific input to the nature-nurture debate.

Twin Sisters tells the story of the Chinese twin sisters Alexandra and Mia, who were found in a cardboard box in 2003. A children's home puts them up for adoption, but separate from each other. Due to a confluence of events, the parent couples who adopt them meet while picking up their daughters in China. They decide to stay in touch. Alexandra grows up in a little village in the middle of nowhere in Norway, while Mia lives a busy life in Sacramento, California. When they are eight years old, the American Mia and her parents come to Norway. As the viewer, you observe the interaction between two girls with the wonderful fjords and green hills for a scenery. Even though Mia and Alexandra do not actually know each other, they immediately have an undeniable connection. On top of that, they look identical. The American parents mention that they thought Mia had picked up her mannerisms in school, but Alexandra turns out to do exactly the same things.

How hereditary is intelligence?

Scientists love these kind of stories. As the twins grew up in different environments, we can learn many things about the influence of genes on the development of an individual. How hereditary are intelligence, sportsmanship or aggression? Mia and Alexandra's story is not a unique story and it occurs more often than you might think. In America, they dedicated a study to it. The Minnesota Study of Twins Reared Apart, MISTRA for short. This study, in which T.J. Bouchard studied twins who were separated at birth and grew up in different families, started in 1979. There sometimes were distinctive similarities. For instance, the twin brothers Jim and Jim both named their respective sons James and they both married women named Betty, with both marriages ending in divorce. Or the South Korean twins Anaïs and Samantha, who met by chance on social media and both had exactly the same haircut at the same time and disliked the same food.

The twin brothers Jim and Jim both named their respective sons James and they both married women named Betty, with both marriages ending in divorce.

Dr. Marco Boks, a psychiatrist specialised in epigenetics, tells that characteristics such as smoking and divorce are hereditary characteristics to a high degree. Research on twins showed that. The same goes for intelligence. The appreciation of humour is determined more by the environment. You learn to laugh at certain jokes in your family by the kitchen table. But even things that are nature in principle can be influenced by the environment. “When programming your genes, certain genetic functions are switched on and off,” Boks states. That is called epigenetics. In epigenetics, the influence of reversible hereditary changes that come about without any changes to the basic sequences of the DNA is studied. Nutrition and stress are factors that can have epigenetic effects. Nutrition and environment can therefore explain why the Norwegian Alexandra was much taller than the American Mia. Maybe she was living a healthier lifestyle: more fish, exercise and country air, for an example.

Studies of twins and further development of genetics and epigenetics can lead to a better assessment of the hereditary nature of certain diseases, such as depression and schizophrenia, but also of characteristics. The mapping of the human genome plays an important role in this. But what do we want with this information? Imagine that your genes determine how intelligent you are or that you have a high likelihood of getting depressed, who can then have access to this information? Will universities soon be able to ask for your genetic profile before they admit you? “These kind of questions also need to be asked if you're going to do research into these subjects,” Boks states. However, he cannot provide the answers to these questions. That is not only a matter for science, but for all of society. 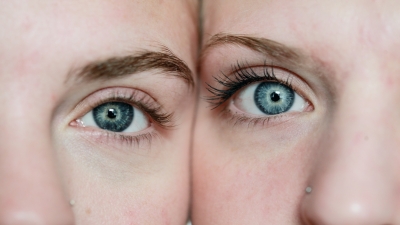