The Earth before and after us

We humans tend to treat the Earth as our own, even though it already existed billions of years before us. What can a geologist’s long-term view on the Earth’s history teach us about how we view time?
Leestijd 3 minuten — Wo 23 maart 2022
Grip op tijd

Our society seems trapped in a never-ending 24-hour news cycle and the pandemic years felt both longer and shorter than ever. And while we struggle to look ahead to the uncertain future, the devastating effects of the man-made climate crisis demand we really should! Geologist Dr João Trabucho Alexandre (UU) gives us some new and poignant insights in how to do this. He speaks in the series ‘A grip on time’. Previously, we had talks about time from ‘the usual suspects’, such as a philosopher and a physicist. But did you know that geologists have a truly unique understanding of time? They consider the entire history of the Earth, since they study the outcome of the slow processes over extremely long periods of time. To do this, geologists dig into the Earth’s crust. The deeper you go, the older the rocks, the further back into Earth’s history you will travel. It’s literally deep time.

The discovery of deep time

The term ‘deep time’ was coined in 1980 by American author John McPhee, but the discovery of the concept itself must be attributed to eighteenth-century Scottish geologist James Hutton. Hutton realized that the slowness of geological processes required much more time than religious authorities and texts previously had claimed. Whereas the archbishop of the Church of Ireland at the time famously argued that the Earth was no older than several thousands of years, the Earth’s rocks and sediments showed Hutton different tale. After all, the slow geological cycles of sedimentation, erosion and mountain forming required much longer time: not just thousands of years, but millions or even more! According to Hutton, these slow and ever-repeating cycles showed that Earth’s surface is a scene of perpetual change. Trabucho Alexandre: “Back in the eighteenth century everyone thought that these geologists were crazy, because the likes of Hutton claimed that earth was much older than 100 million years. We can therefore conclude that geologists got time right earlier than the physicists!”

The geologists drastically transformed man’s perspective on time and Earth’s history. “Just as Copernicus vastly expanded the spatial scale of the universe, the discovery of deep time drastically expanded the time scale of the Earth”, Trabucho Alexandre explains. Where humans first viewed themselves as witnesses of almost all of Earth’s history according to the Bible, human history has now been reduced to the final scene in Earth’s much longer drama. 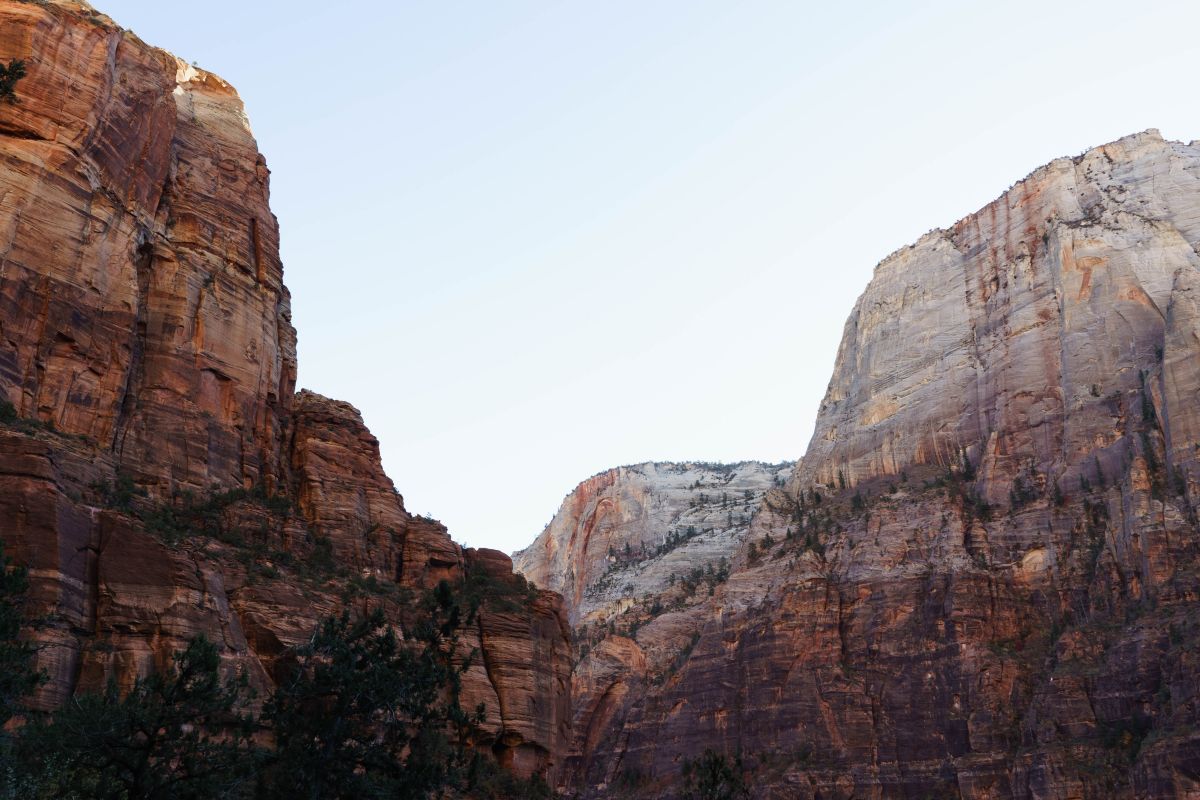 How to view deep time?

According to Trabucho Alexandre, geologists talk about time with a certain nonchalance. “We mention a million years like it is nothing.” However, some unease remains. “Once you start talking about thousands of years, your concept of the passage of these lengths of time becomes increasingly removed from your own life experience. Deep time is therefore hard to grasp and even geologists have difficulty making sense of it.” As the afore-mentioned John McPhee wrote about the human comprehension of deep time: “Any number above a couple of thousand years will astonish the human imagination to the point of paralysis.”

This paralyzing effect can also be explained by the fact that by embracing deep time we realize that Earth’s history has largely been non-human. Trabucho Alexandre illustrates this by using his body as a metaphor: “If the Earth’s history was represented from the tip of your nose to the fingertips of your outstretched hand, the history of modern humans covers no more than 0.03 millimeter of your fingernail”.

Although we humans are historically insignificant to the Earth’s incredibly long history, the existence of the current climate crises and the geological timescale of the Anthropocene show that we have left an exceptional footprint on the planet. “We humans, as a geological force, apparently do not require deep time to make a significant impact on Earth”, Trabucho Alexandre concludes. And the biggest impact of humans has been made in only in the last few decades! Trabucho Alexandre: “The lesson here should be that short periods of terror can produce great effects on our planet. And I’m afraid to say that we are the short period of terror now.”

We are nothing more than a tiny speck of dust in the Earth’s history. That should humble us and not make us nihilistic or devoid of responsibility. The average mammal walks the Earth for about one million years. Taking that into account, we should consider that humans will not be present on Earth forever. Trabucho Alexandre: “Just like there was a day on Earth before us, there will be a day after human life on Earth. As the last species to arrive on Earth, we do not own the planet and we should not behave like we do. This forces us to reconcile ourselves with the following question: what will remain of our presence in the Earth’s rock record that we leave behind?” 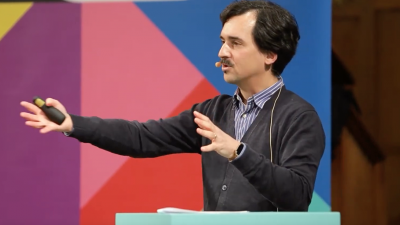 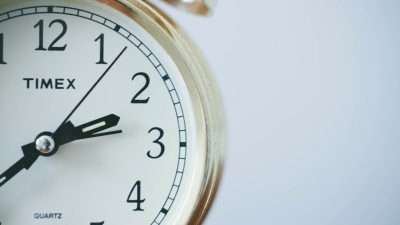 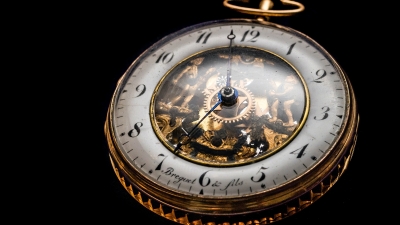 When time ticks differently according to physics 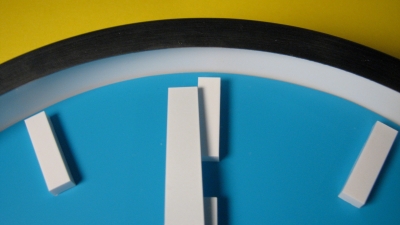 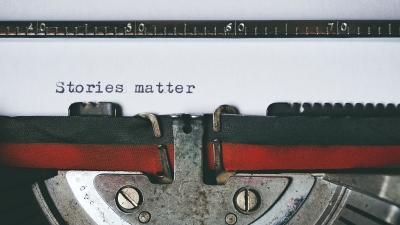 Meaning in digital and non-digital life 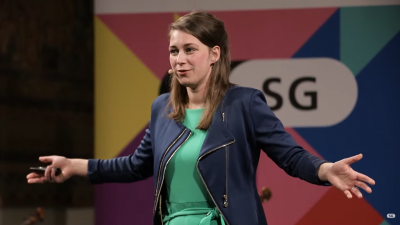 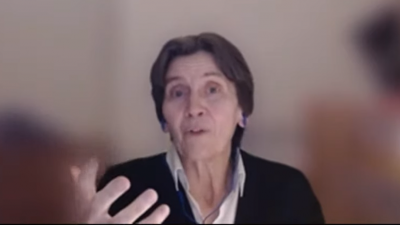 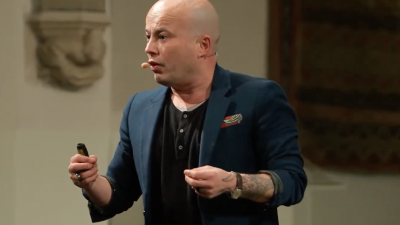 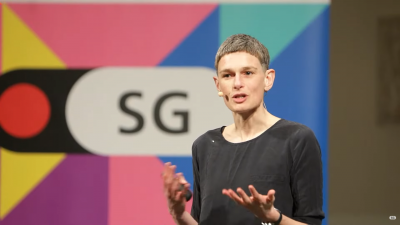 1:30:00
From autobiography to selfie: how we tell our life story
Volg Studium Generale
Nieuwsbrief